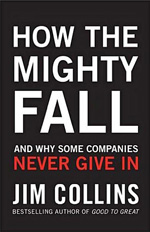 How the Mighty Fall: And Why Some Companies Never Give In

What’s It All About?

Have you ever met someone who looked perfectly healthy, then been shocked when you learned they were struggling with an illness? The same thing can happen with organizations—they look great on the outside but inside, they’re not doing as well. How the Mighty Fall by Jim Collins looks at this concept and demonstrates that even when a business seems powerful, there is no guarantee they’ll remain at the top. As Collins notes, any company can fall . . . and many eventually do, even the mightiest ones. In this book, he shows the Five Stages that can lead to a company’s inevitable downfall.

Stage One: Hubris Born of Success

When a leader is initially successful, it can lead to pride, a massive ego, and an expectation that they’ll always be successful in the future. It’s easy to become hardwired to the endorphins and dopamine that make us feel powerful and important, but the mighty fall when they forget to stay humble or pass up on opportunities to continue to learn from others. This is why we often see successful leaders acting like jerks.

Companies also fall when they lack a sense of discipline, losing sight of their core purpose and expanding simply for the sake of growth or success. As Dave Packard highlights in his Packard’s Law, “no company can consistently grow revenues faster than its ability to get enough of the right people to implement that growth and still become a great company.”

In manufacturing, I often see a focus on metrics, a lack of discipline, and people hitting the “easy button” instead of putting in the hard but necessary work or developing the right skills. When this happens, the right people end up leaving the company and the whole organizations gets dragged down.

Stage 3: Denial of Risk and Peril

I’m all for being kind and professional. However, when pleasing the boss and protecting their ego comes before the fundamental rights of each employee to voice their concerns, that’s a major problem. This is an issue I sometimes encounter when running workshops. I’ll hear someone say “oh, you don’t want that person in there, because they’re too negative!” In fact, I always want to hear someone on the other spectrum in the workshop. When assembling a cross-functional team, we need all the facts.

I always want to hear someone on the other spectrum in the workshop. When assembling a cross-functional team, we need all the facts.

Even if an employee sounds negative or taxing, listen to them! There is often data behind the frustration or complaints, and dialogue will provide the answers. When you can get all the information, the decision or strategy has a much better chance of success. Don’t explain away data you don’t want to hear. Instead, assume there is something wrong and dig into it!

This stage is simple. When a company is failing, it’s easy to start grasping at desperate solutions. But when you’re selling a bright future as Rome is burning, it’s often a sign you’re on your way to the end. If you’re blaming outside circumstances or feeling victimized, it’s another sure sign that you’re at Stage 4.

Stage 5: Capitulation to Irrelevance or Death

Like Stage 4, this stage can be easily determined with a single question: “if we were not in business, what would be missing?” If you can’t answer that by identifying your “why” or a distinct impact, then you’re done.

As Collins shows in How the Mighty Fall, many companies go through these five stages. But some of his examples, like the story of steel company Nucor, show that companies can even return stronger after a fall. The key to getting back up is sound management practices.

We don’t have to be stuck in the past, and past failures don’t define who we are today. Instead, these past failures allow us to get back up. Failure is part of the process. By being aware of your current and past situations, you learn and make yourself less vulnerable during the next crisis.

One of my biggest takeaways on this from Collins’ book was the “window and mirror” effect. When things are going well, look out the window and be grateful to all the people who helped accomplish that success. When things don’t go as well, look in the mirror and reflect on what could have been done differently. 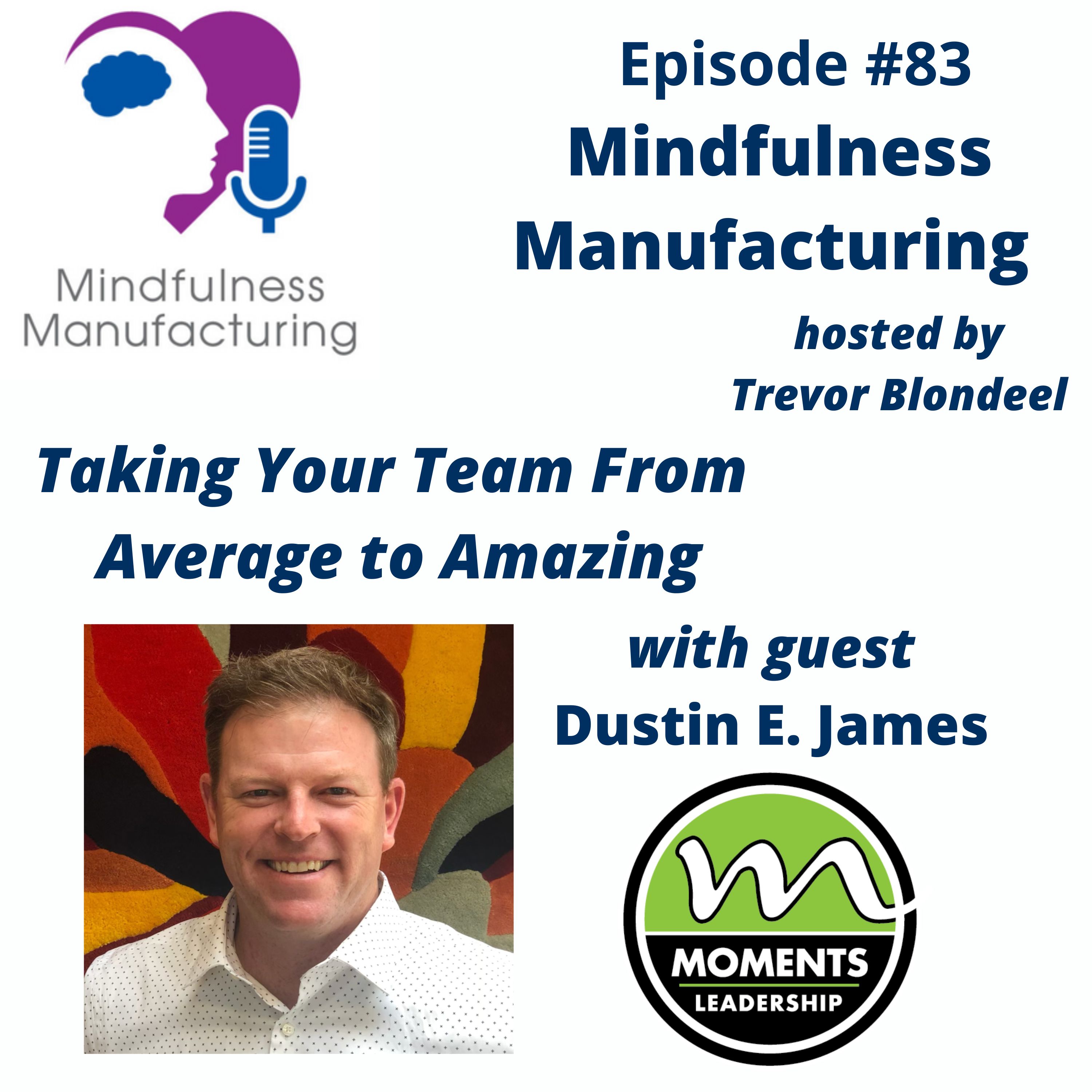